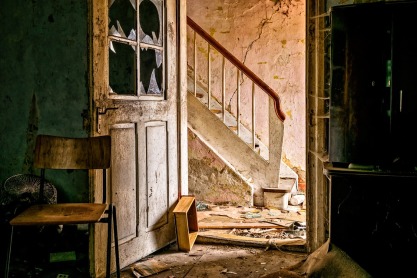 It’s been more or less two and a half years since that day in September when, sitting outside on the pavement, at exactly 9 am, after a horrific night of frantic formatting, editing and desperate attempts at taming the endless spaces and margins that should have been a bit wider, or narrower, slightly more to the left, to the right – a carnival of imperfections, really – I was on the phone with the printer’s: ‘Are you absolutely sure it will be ready to collect on Tuesday? Did you say you are binding it (my baby!) in… Essex!?’ ‘Well, you never know, there might be a fire on the truck on the way to London…’ …How dare he joke about this?! On a sacred moment like this. Would you joke with a woman in labour?! A woman who doesn’t know if her baby will even make it into the world? Will it be healthy? And safe? Will it survive the shock of birth? …It doesn’t matter now. It’s all done. Printed, bound, and sent to those that will determine its fate.

As I’m writing this little ‘memoir’, I can’t believe there’s a smile on my face. It seems so far away now, so extravagant and bizarre. Of course he was going to joke about my ridiculous submission drama. Of course the truck made it from Essex to the Strand intact. My baby did make it into the world, it was healthy and safe, with only minor corrections. It’s now sitting on my bookshelf, shiny and blue, winking at me every now and then.

That’s my relationship with academia too. I also wink at it every now and then, but I don’t dare venture too close; we’ve gone our separate ways. But when you’ve worked on an author so hard, for so long, there’s meant to be residues. At the final writing stages, quite close to that day in September, during one of my (failed) attempts at self-therapy, I wrote (not in my thesis, although I might as well have):

What happened to us Georges? We used to understand each other and share our secrets and I felt I got you like no one else ever could. Now I am terrified every time I see your face, and your name has become dangerously literal in my mind.

Now that it’s all over, I do miss Georges. We had some rough times, but we had some pretty good ones too. I’m sure that he would agree, and that he would forgive me for all the cursing (who are we kidding, he probably loved it). When you leave academia, it sometimes feels that, along with your thesis, you’re shelving four years of your life. But that depends entirely on you, and your own ‘Georges’. It’s difficult to redefine a relationship like this; to give it a space outside the one in which it was initially created. I’m still battling with Georges, still trying to learn and, most importantly, unlearn him; only now, I do it whenever I feel like it and without all the crying and despair. Our relationship has grown. My baby has grown.

Alexandra Tzirkoti is a former PhD in French Literature/Critical Theory at from KCL. Her research encompasses the theory and fiction of Georges Bataille. Beyond a personal mode of expression, Alexandra sees creative writing as a means of effective communication in academic contexts as well – a method for making topics approachable to wider audiences and to initiate new lines of inquiry. Check out an earlier submission she made for Still Point last year.