The future is over. Through the cliché of the Post-Apocalyptic, it has been strip-mined of meaning. The ubiquity of the teleological narrative in mainstream media – the end-narratives of the ‘end times’ – has created franchises of nihilism, which advocate a political quietism that shuts down hope. In the slew of P-A (Post-Apocalyptic) movies since the 1970s onwards we have been seduced by disaster-porn: burning buildings, earthquakes, tsunamis, meteor strikes, epidemics, big freezes, zombie outbreaks ad nauseam. Yet expressing and exploiting eschatological fears is not something new. The end has been nigh for some time.

In the early Eighteenth Century, amid the ongoing Armageddon of the French Terror, riots and revolutions, the Apocalyptic Sublime gripped the public’s imagination with long queues forming to behold John Martin’s masterful painting, ‘The Great Day of his Wrath’, and now in Hollywood blockbusters, cinema audiences are glutting on scenes of mass destruction, whether Earth-based (e.g. The Day After Tomorrow) or on another planet (e.g. JJ Abram’s Star Trek reboot, in which the destruction of Vulcan brought Martin’s vision to CGI-life). World War Z; The Hunger Games; I Am Legend; Children of Men; The Survivalist; A Quiet Place; Birdbox … the list is almost endless. Enabled by digital streaming platforms, we can binge on P-A imagery in the comfort of our homes. 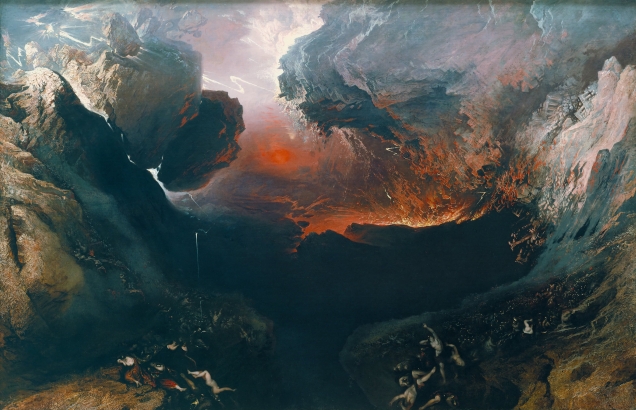 As in the post-9/11 popularity of ‘trauma memoir’ or Misery Lit, there is a perversely consoling quality to watching others endure (and survive) hard times. Modern purveyors of Fantastika (John Clute’s umbrella term for Science Fiction, Fantasy, Speculative Fiction and associated genres) leap by default to their worst-case scenario with almost brutal glee – ‘my badder is badder than your bad’ – a creative brinkmanship which eventually results in a decommissioning of apocalypse’s shock and awe, until all that is left is a comic potential (as in Edgar Wright’s Shaun of the Dead; and The World’s End), literalising the famous dictum of Marx, that history repeats itself, ‘first as a tragedy, then as a farce.’

Yet before this postmodernist neutering, great art was forged from the apocalyptic flames – notably Mary Shelley’s The Last Man, and Richard Jefferies’ After London: or Wild England. And the 20th and early 21st centuries have seen this literary tradition continue in the works of JG Ballard’s (The Drowned World and others); Russell Hoban’s Riddley Walker; Cormac McCarthy’s The Road; and in the recent trend of ‘Cli-Fi’, climate fiction exploring the impact of Climate Change and the Anthropocene: the works of Kim Stanley Robinson; Paolo Bacigalupi’s The Wind-up Girl and The Water Knife;  TC Boyle’s A Friend of the Earth; Richard Powers The Overstory, and others. Much good has been created in this subgenre, and more is emerging.

And yet the Post-Apocalyptic risks becoming as much of a tired trope as Steampunk – the past’s vision of the future, primarily Victoriana science fiction, in which analogue technology and Imperial ‘what ifs’ offers a refugium from an overly-digitised and bewilderingly geopolitically complex age. What started out as a refreshingly ironic and witty repurposing of SF, has become through its commodified schtick the opposite of the Fantastic, a Fantasy that regresses into nostalgia.

For my money, the ‘trans-apocalyptic’ narrative is more interesting – dramatizing the transition from our current civilisation to what comes after. Rob Hopkins Transition Handbook first created a practical narrative for coping with this time of stress,  ‘skilling up for power down’ in a Post-Peak Oil World. The recent environmental movement which operates under the umbrella of ‘Extinction Rebellion’ has decided that direct action is the only way of throwing a spanner in the works of a system that is destroying the planet. For some, such as those involved in The Dark Mountain Project (spearheaded by Paul Kingsnorth) it is already too late, and the only response is to inhabit the reality of societal collapse and even welcome what they term ‘uncivilisation’. Yet such a discourse forecloses on hope, and while it may be too naively optimistic to hope for what JRR Tolkien called ‘eucatastrope’, the ‘sudden joyous turn’ in the darkest hour, in the same way that the Neoliberalist nihilism of Grimdark (Game of Thrones and all its derivatives) presents an unremittingly bleak depiction of the human condition, I believe that a more balanced approach is needed – what I term Goldendark, which acknowledges the ‘lateness of the hour’ and the complex difficulties we face, but imagines a gleam of light in the gloom, like a last flash of sun on an overcast day. 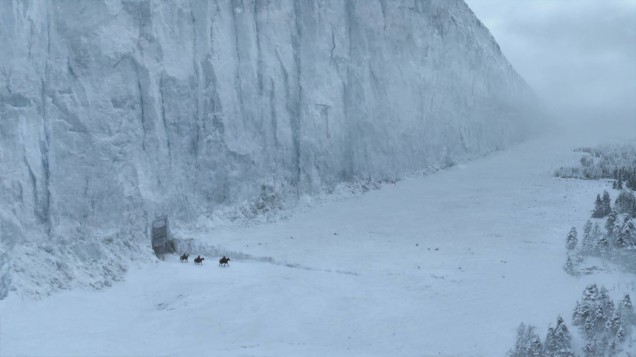 I believe the future is in fact unwritten, and we should resist a homogeneous colonising of the imagination, a dominant discourse which perpetuates the idea that ‘you can have any brand of the future you like as long as it is apocalypse’ – a shutdown of the limitless potential of the human imagination to survive, evolve and thrive. Maybe the manner in which that happens will destabilise notions of civilisation, of ‘surviving’ and ‘thriving’, of being human even, but the true apocalypse will be the revelation of this next phase of our collective journey.

Dr Kevan Manwaring is a writer and Teaching Fellow in Creative Writing at the University of Leicester. He is the author of several books including The Windsmith Elegy series of novels, Desiring Dragons: creativity, imagination and the writer’s quest, Lost Islands, and others. He blogs and tweets as the Bardic Academic.