One of the quirks of the modern classical music world is that, because it is a culture built around old repertoires and is therefore quite self-conscious about its sense of history and “tradition”, it generates rather a lot of chatter around what is a ‘stylish’ performance. 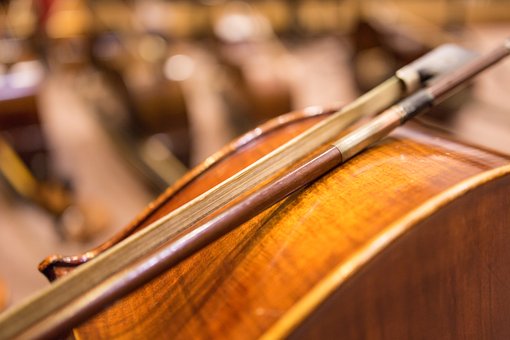 The general idea that a performer should aim to play a piece in such a way that is sensitive to various aspects of its ‘original context’ – which might mean using older versions of instruments instead of updated ones, or seeking to shape the music in a way that approximates how we think it was done in the distant past – has been around for a surprisingly long time, at least since the nineteenth century. More recently this attitude has been institutionalised, with many music colleges now boasting ‘historical performance’ departments alongside their ‘modern’ teaching faculties. The idea has stimulated lots of debate within the classical music community, and though it’s undoubtedly proved inspirational for many performers, it also raises plenty of knotty questions. As a naturally sceptical musician with a background in both ‘mainstream’ and ‘historically informed’ spheres, I often find myself having to deal with the tensions inherent in this rather strange (but wonderful!) activity of performing music from the past.

Occasionally, I’ve noticed that young musicians who have grown up with, or been introduced to, the ideology of historical performance and its rhetorically persuasive aura of stylishness, treat this disposition as if it were an obvious, self-evident virtue. Certainly, some of the musical results have been extraordinarily successful. But the notion that engaging in musical excavations (of various kinds) necessarily delivers aesthetic or even, as is sometimes still claimed, ethical benefits, is something I, along with plenty of musicologists, find fairly problematic.

For one thing, it rather depends what you’re excavating, and what you want to get out of it. In my research, I spend a lot of time with recordings from the early years of the twentieth century: mostly of string quartets, but also of solo string players as well as pianists and singers. And while it’s not always the case, lots of these recordings sound viscerally strange to modern ears – even those involved in the historical performance scene – which are used to hearing the music in certain ways. At risk of reducing a very complicated topic, it seems that how musicians made sounds (and how listeners made sense of them) in the past was calibrated around a quite different set of expectations and social/expressive codes. In string quartets, for instance – and this is one of the things I’m trying to understand in my PhD – the idea that performers should accurately synchronize their notes as a group is about as close as its possible to get in the arts to an absolute norm; it has become an obligation, an indication of merit (or even basic competence). But many of the musicians whose performances we can hear on early recordings clearly did not share even this (apparently “baseline”) aesthetic assumption. On the other hand, it’s also very unlikely that theirs was an entirely free or arbitrary approach to playing together; when I’ve tried experimenting with this with my own ensemble, it’s immediately obvious that there are ways of doing this that sound beautiful and effective, and ways that don’t work at all! What we can say for certain is that it is a category of demonstrably historical practice that has become almost completely dislocated from the modern understanding of what a ‘stylish’ performance should sound like.

Listen, for instance, to this passage of Dvorak’s “American” Quartet in these two clips, one from 1928 (played by musicians who knew the composer well), and the other from a famous quartet from the US, recorded in 1991:

And a similar flavour of aesthetic difference can be heard if we compare early twentieth century piano performances with modern ones:

It’s often remarked that scholars are required to be critical of ideologies – to understand, trace and (often) debunk them – but that this kind of dispassionate critique is much less useful as a basis for artistic work. And when I’m playing, sometimes embracing irrational, ‘ideological’ commitments – perhaps even beliefs I know to be intellectually untenable – is the best way to give the requisite conviction and intensity to my music-making. Similarly, confirmation bias is certainly something we have to watch out for in scholarship, but there are good reasons why we don’t hold performance to the same standards: if (even dubious) evidence gives creative practice more conviction, then so be it. Ultimately, I think it’s probably this sense of a persuasive, functional ideology, far more than actual historical verisimilitude, that has been responsible for the success of the historically informed approach to musical performance in the last half-century or so. It’s always worth bearing in mind, though, that there are lots of ways to craft persuasive and moving performances of old music, and that ‘stylish’ is not always what we think it is…